To build an educational trust means, not only maintain educational pattern but also convert educational institutes into modern temples for Nation, by developing management skills and strengthning the core of education for the development of Nation.Students should be developed globally competent and capable, which will become the assets and wealth of Nation.Late. Smt. Indira Gandhi publicly stated at Bhuwaneshwar one day prior to her assassination “Even if I die at all, Every drop of Blood of my Body will defend the National freedom”

Pandit Jawaharlal Nehru stated, “This is not a relationship of Nation. It is condition of mind brought about by a serenity of soul. This was not merely the absence of war. It is also a state of mind. Lasting peace can come only to peaceful people.”

And Well Said by Mahatma Gandhi Our Bapu “What is really needed to make democracy function is not knowledge of facts, but Right education.”

We abide by the principles of above national leaders and dream that the students who are graduating from this institute should match the aspirations of founding leaders of our nation.

Our students should be recognised internationally in the field of management education. 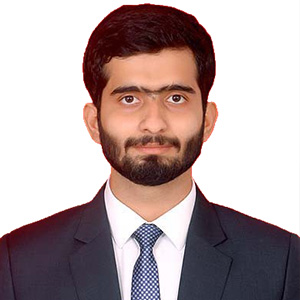 Prof. Ashish Pant has been awarded his bachelor’s degree in Commerce and Master’s from IMI, Bhubaneswar. His area of interest includes Marketing and Human Resources domains. He chose to be a part of academia because he believes that one should “always keep learning, as it keeps them young”. 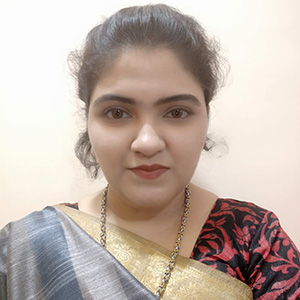 Sameen Shaikh is a Finance professional. She has completed her Bachelors of Commerce (B.COM) and Masters in Management Studies (MMS) in Finance from Mumbai. She is a motivated professional, passionate about her work, keen to learn from the best and is always looking for ways to invest in oneself to grow professionally. 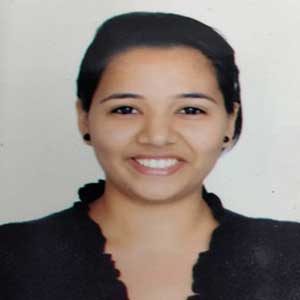 A diligent and keen learner, her willingness and quest to learn has made her a CMA (Cost and Management Accountant) along with her job which is a proof of her belief – “LEARNING NEVER STOPS”. She has also cleared UGC – NET (Management), MMS (Finance) and B.Com (Accounting and Finance). She has over four years of teaching experience. Inquisitive about research, she is currently pursuing her Ph.D in Management for which she has also done certifications in SPSS (Statistical Packages for Social Sciences) and Research Paper Writing. She has attended various Faculty Development Programs and webinars to upgrade and enhance her knowledge as well as to stay in touch with the current scenarios. Using different pedagogies for imparting knowledge to the students in the best possible manner is her way of taking interactive lectures especially during the pandemic time. 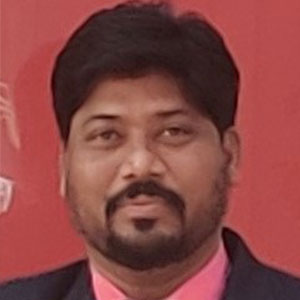 A seasoned professional with total experience of over 14 years. He holds a Ph.D. in Business Management from Nagpur University. He has published and presented numerous research papers in globally indexed National and International Journals. Apart from this, he is Editorial Board Member/Reviewer of more than 10 Management journals. He is a Ph.D. supervisor of JJT University, Rajasthan for Management subject (till date he has guided 3 research scholars). His academic achievements include Outstanding Teacher Award by IGCC&I (Aug-2018) and Best Researcher Award by DK International Research Foundation (Dec-2018). He is an author of 2-internationally published reference books and 4-text books. As an expert in SPSS (Statistical Packages for Social Sciences), he is a resource person in various reputed institutes (such as Vidyalankar School of Information Technology, Pillai College of Arts, Commerce & Science and many more) for their RUSA/MHRD sponsored programs. He has successfully completed refresher courses through ARPIT on Data Analysis for Social Science Teachers and Online Refresher Course in Management for Career Advancement Scheme. Above all, he is a member of the Board of Studies of the Department of Information Technology in Rayat Shikshan Santhan’s Karmaveer Bhaurao Patil College and Life time member of Centre for Education Growth & Research (CEGR). 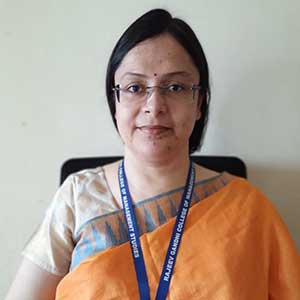 The conversion from an avid corporate executive to an academician is the result of her strong belief in “Do What You Love”. She has been a B-School faculty for more than 2 years and corporate experience of 2 years, skilled in Supplier Identification, Order Processing, Supply Chain Management, Supplier Negotiation, and Sourcing. A competent individual possessing an MBA with Operations and Production Management / Systems and a BE in Information Technology. Her interests lie in Operations Management / Supply Chain Management / Materials Management / Purchasing and Production Management. A keen learner having effective communication and interpersonal skills, she is constantly enhancing her knowledge by attending various Faculty Development Programs, Webinars and Online Certificate courses across allied domains. She enjoys using her technical skills in contributing to the operational and college accreditation work. 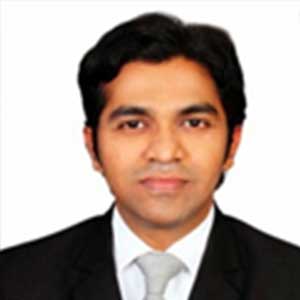 Atul Ramteke has received his bachelor’s degree in Chemical Engineering and Master’s degree in Business Administration from Mumbai University.
With around 4 years of teaching experience and 6 years of corporate work experience, he feels just like it’s day 1 to learn continuously.
His areas of interest include business strategy management. 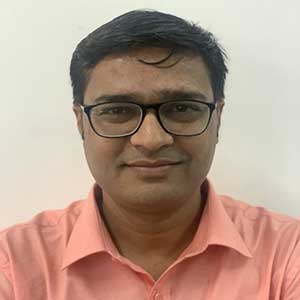 Believes in professional and social change through teaching, learning and other activities for students. 6 years of corporate experience in NBFC, Banking and Insurance and over  11 years of academic experience. Written more than 16 research papers at national and international conferences. Developed and implemented mentoring programs for students for their development. Actively involved in college accreditation work. 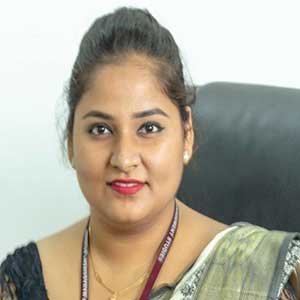 Profile:
An astute educationist and university approved faculty who works towards the goal to achieve excellence in management teaching and learning. Currently pursuing Ph.D. in Management. She bags a decade of experience in the Education Sector. From initially contributing to the marketing industry, she has also been a freelance soft skills trainer to various colleges, visiting faculty to colleges and presently taken the role of management educationist. A research reviewer to a few Online Journals; she consistently contributes to the research field by writing, presenting & publishing her researches in various National & International Conference & Journals. Attending various recognized Faculty Development Programs & knowledge enriching webinars is her way to stay relevant during this pandemic time. Her interest lies in active coordination at work, module & SOPs development & is actively involved in college accreditation work contributing from her end towards quality education. 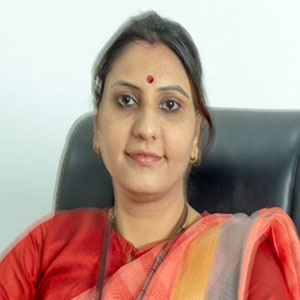 A catalyst for change. She grounds her interest in the areas of: effective collaboration, power and influence, judgement & decision making.She specialises in strategies for continuous improvement, creative problem solving and innovative thinking. Her sessions provide exciting, thought provoking and practical strategies to help turn creative ideas into innovative business solutions in the form of live projects. She stays connected to everyday priorities & challenges of the workplace and encourages students to make the most of their professor’s knowledge, not only while they are pursuing their degrees, but also throughout their careers.

An author for various research papers in National & International research Journals.She was the first researcher to publish her thesis on “Celebrity Endorsements in social communication”. Her prime interest lies in analysing Advertisements and writing Case studies.Her recent Case study published in a National journal was on – “A breakthrough in traditional Advertising by BMW– Innovation through Communication” . As a Reviewer she has reviewed more than 14 research papers in the International Journal of Research and Publications.